The Biorock process was developed by Thomas Goreau and Wolf Hilbertz in the 1970's. Electricity is used to promote the deposition of calcium carbonate, and to a lesser extent magnesium hydroxide, which build up on the surface of the cathode. Hard corals quickly bond to this material and the process is thought to accelerate coral growth by up to four times. The resulting 'reef' of hard coral soon attracts other inhabitants. Biorock structures - metal frames connected to an electrical supply on the surface - have been used in the Maldives, Bali, PNG, the Seychelles, Japan and the Caribbean, and the process has been touted as a way to rehabilitate reefs in all tropical areas. However, there is some debate as to the effectiveness of Biorock structures, and it has been suggested that simple wire meshes are just as useful. By stabilising the rubble substrate of a damaged reef, these meshes have been shown to be more effective at rehabilitating damaged reefs at much less cost. At Pemuteran, many Biorock structures have been installed throughout the bay and tourists can sponsor a coral colony that is placed on a frame, alongside their name spelt out in wire. The sponsors are sent a yearly photo of their colony so they can watch the coral grow. 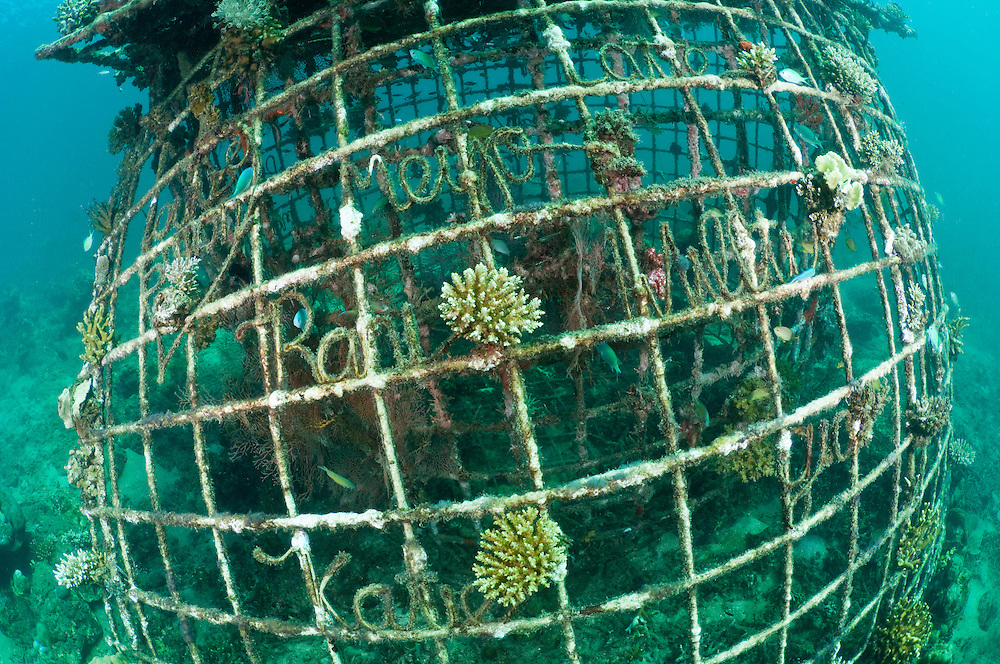